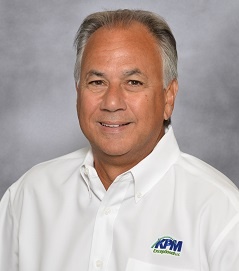 2015 was somewhat of an unusual year for the outdoor power equipment industry in the Northeast.

Sales and service of snow and ice handling equipment started out extremely strong due to the frequent and large amount of snow and ice we received throughout our region from mid-January into early March.  Manufacturers, distributors and dealers who offered snow blowers, snow plows, and spreaders/sanders experienced record-breaking sales in 2015. 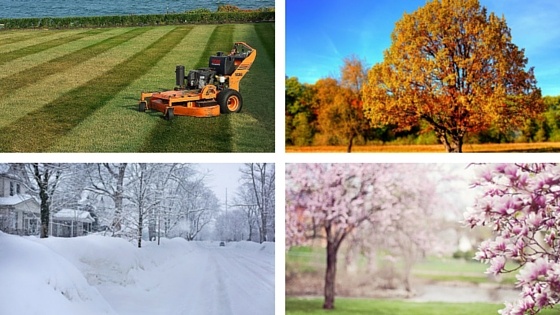 Dealers and snow removal contractors worked extremely hard (24/7 at times) through the majority of the winter keeping up with the sales and service demands that came from the extreme weather conditions we experienced during those months.  The end result…most, if not all, businesses in the channel experienced growth and became healthier due to the additional profits and increased cash flow that are generated from strong winter sales and service activity.

This past spring was somewhat of a different story.  The cold temperatures stayed with us through April and into May, but what was most unusual is the majority of the Northeast region received little to no rain from March to mid-May.  Cold temperatures and no rain meant little to no grass growth during a time when the grass is typically green, lush and growing at a fast rate.  When the grass doesn’t grow, all of us in the outdoor power equipment industry are affected by lackluster mower sales and far fewer service demands.  But there was light at the end of the tunnel.  Towards the end of May and well into June, the weather warmed up, the rain came, and the majority, if not all, of the sales, lost from the end of March through early May, were made up by the end of June.

As we entered into the mid-summer months, the rain tapered off, and sales remained slow but steady due to strong promotions targeted at both the end users and our Dealer network.  A lesson learned here is being flexible and having the ability to adjust to market conditions can help overcome situations that have a negative effect on sales. The retail sales activity of mowers, fall debris handling equipment and snow removal equipment picked up nicely in the late summer and early fall selling seasons.  Dealers sold record numbers of snow blowers to consumers who wanted to be sure they were prepared for another snowy winter. Snow removal contractors purchased new plows and sanders to replace older equipment that was worn out from heavy use last winter.  Pre-season sales of large truck loaders were exceptionally strong and remained strong throughout the fall as more and more commercial users realized the increased productivity and value of a powerful, high-quality truck loader.

After experiencing a very mild fall and record-breaking temperatures in December, it surely seems like the weather pattern in the Northeast over the past three to five years indicates the seasons are shifting forward.  It is staying warmer into December, winter doesn’t really start until sometime in January, and spring and summer seem to be coming later and later each year.  That’s not necessarily negative, but if that trend continues, you need to revise your business plans and expectations and focus on what this change in weather pattern means to your business.  The best advice I can give is…Don’t worry about what you can’t control, focus on those things you can control and figure out ways to adapt and maximize your sales and service offering in a changing environment.

Looking forward into 2016, the weather experts say winter weather is just around the corner, and they are predicting a fair amount of moisture, which should give us a decent amount snow and some wintery mix throughout most of our region.  If that holds true, all of us who sell and service snow and ice removal products will have a good start to the New Year. Weather has and will continue to have a significant impact on the sales and service of outdoor power equipment. So, those of us who remain positive, stay aggressive, adapt to change, continue to be innovative and service our customers beyond their expectations will continue to grow and enjoy a prosperous 2016 and beyond.

I wish everyone a Happy, Healthy, Safe and Prosperous New Year!

Want to maximize the sales opportunities at your outdoor power equipment dealership in 2016?  Click Here

Stay in the Know

Keep up with the latest news

Being an outdoor power equipment retail business is different than most other retail environments. Read our blog to get useful tips and advice that will help you overcome challenges and identify opportunities to grow your business.

Our blog posts will include:

see all
Back to top